Multi-screen design is a pre-occupying concern right now, but get ready for the next wave of design: no screen at all. As everything becomes connected, a new kind of interaction design is emerging to help us transfer not only data but behavior, control and intent between the physical objects and smart devices in our lives. The new opportunity is less about designing individual screens but designing interactions BETWEEN them

With a rich trove of examples, this talk explores the passive cues and active gestures that turn us into wizards slinging bits and bytes between gadgets. Grab content from thin air and throw it into your tablet. Flick content from one device to another. Create a pied-piper cloud of data that follows you through mere proximity. This new class of physical offscreen interaction is enabled by technology that’s already in our pockets, handbags, and living rooms. That means it’s not a challenge of technology but of imagination. Time to start thinking in an entirely new way about what you do and where the web is headed. 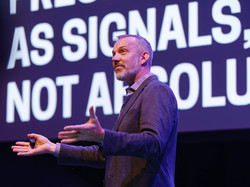 A.I. Is Your New Design Material

Discover the opportunities to use machine-generated content, insight, and interaction as design material in your everyday work. 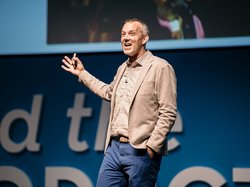 Design in the Era of the Algorithm

Machine learning is technology’s new frontier, and designers have a crucial part to play. Josh Clark explores our new roles and responsibilities when we design for the machines. 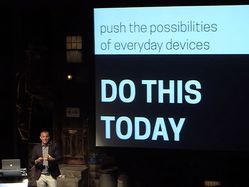 With a rich trove of examples, Josh Clark explores the practical, meaningful design opportunities for the web’s newly physical interfaces. 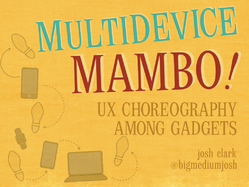 Plan and craft UX that goes beyond the individual device and embraces the whole ecosystem of gadgets. 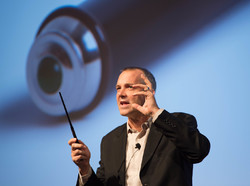 Magical UX and the Internet of Things

Designing for the internet of things means blessing everyday objects, places, even people with extraordinary abilities—requiring designers, too, to break with the ordinary. 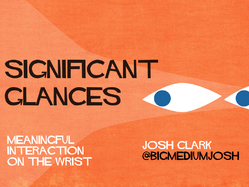 New interfaces need new interactions, and we’ve never had quite as vexing an interface as the smartwatch.
More Talks
Back to top